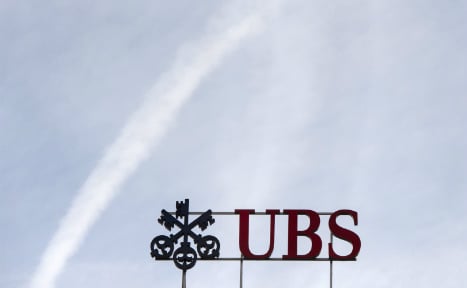 The man is accused of violating banking secrets, according to Switzerland's public ministry, as well as involvement in espionage and money laundering.

The charges were first revealed Tuesday by the Swiss-German newspapers Tages Anzeiger and Der Bund.

They reported that in 2012, the banker allegedly sold information on the bank's richest German clients to the German state of North Rhine-Westphalia.

The data would have allowed the German authorities to identify the accounts of 772 foundations and 550 private individuals.

North Rhine-Westphalia has bought stolen information several times over the past few years concerning people allegedly trying to evade taxes by not declaring money deposited in Swiss bank accounts, recovering around €2.1 billion through these means.

UBS and other Swiss banks have faced investigations in recent years by governments trying to hunt down tax-dodgers.

UBS has had to pay a fine of €300 million in Germany, while Credit-Suisse was fined €150 million and private Zurich bank Julius Baer €50 million.