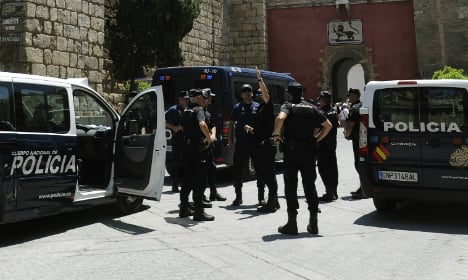 The Chinese nationals paid the ring about €8,000 to get a fake work contract. Photo: Cristina Quicler /AFP

Police arrested 57 people across the country as part of the operation, including a Chinese couple suspected of running the ring, police said in a statement.

The authorities suspect Chinese nationals living illegally in Barcelona paid the ring around 8,000 euros ($9,000) for fake domestic work contracts with employers in the holiday island of Lanzarote, allowing them to obtain residency permits.

“They would return to Barcelona once they obtained a residency permit to work in the textile sector, without ever carrying out job they were hired for,” the statement said.

The ring allegedly paid employers, usually hotels in Lanzarote, 1,500-2,000euros for each fake work contract they provided a Chinese national.

A police spokeswoman could not say how many Chinese nationals obtained residency permits through the scheme, saying only that the ring was “very important”.