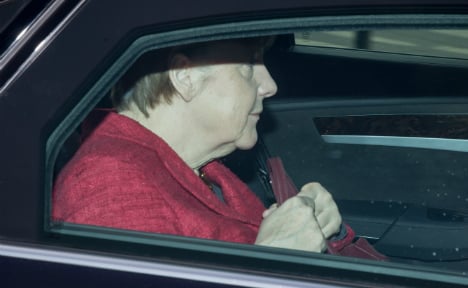 A man in a black Mercedes “attempted to join the motorcade as it moved between Prague airport and Czech government headquarters,” police spokesman Jozef Bocan told AFP, adding that the suspect was in police custody and Merkel “had not been in danger”.

“While attempting to join the motorcade, he tried to run down police securing the road,” Bocan said, adding that officers had to use firearms to subdue the suspect.

“The suspect acted alone. He was not armed, but items found in the car could easily have been used as weapons, particularly some cement cubes,” Bocan added.

Merkel held talks Thursday with Czech Prime Minister Bohuslav Sobotka and President Milos Zeman focused on the future of the European Union after Britain's June decision to leave the bloc.

Several hundred protesters, including members of anti-Islam groups, rallied in central Prague against Merkel and her decision to open the EU's doors to refugees and migrants last summer.