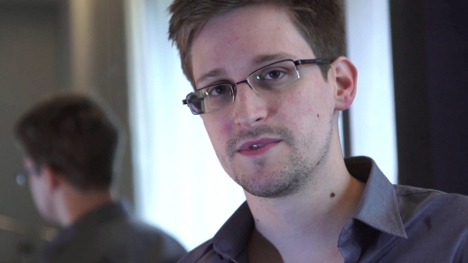 The Green and Die Linke politicians wrote a letter to the Federal Court of Justice, asking that Snowden be allowed to be questioned in Germany for an ongoing inquiry into NSA surveillance.

According to DPA sources, they want to break a blockade by the coalition government against having Snowden come for questioning about surveillance by the US National Security Agency (NSA).

“Neither a questioning by video nor a hearing of Edward Snowden in Moscow are the same as a questioning in Berlin,” said Linke politician Martina Renner.

“A testimony in Moscow or by video still would entail significant problems for security and the protection of information about the relevant concerns.”

The German parliament set up an investigatory committee after Snowden leaked information that revealed the scale of the NSA’s spying, including claims that American agents had tapped into Chancellor Angela Merkel’s cell phone.

The information from Snowden also led to the emergence of information about Germany helping the NSA to spy on German companies and European politicians.

The announcement in April that head of Germany’s foreign intelligence service (BND) Gerhard Schindler would leave the position early drummed up speculation about the reason, given the scandals surrounding his organization’s work with the NSA.

The German government approved measures in June to rein in the activities of BND agents, including creating an external watchdog group.

Snowden in the meantime has been staying in Moscow as he faces charges in the US and risks extradition should he set foot on the soil of an American ally.

Journalist Glenn Greenwald, who had worked with Snowden to publish the NSA leaks, reported in March that the US had threatened Germany with consequences if the country granted Snowden asylum.

The Greens and Left Party have already tried to get permission from the German Constitutional Court for Snowden to give testimony in Germany, but were turned down.

Green party politician Konstantin von Notz said it was legally unfounded for the government to argue that bringing Snowden to Germany would endanger the “public welfare”.

“The decision is only for the time being, it is easy to see through it. We hope that the court points this out to the government and strengthens the rights of the parliament,” von Notz said.