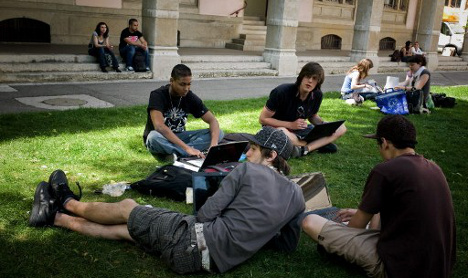 Paris has been revealed as the most expensive place to be a student. Students in the City of Light have to spend an average of €1,156 a month to get by, compared to €655 in the cheapest city – Limoges, in western France.

The difference in rent prices was the main reason for the gulf. While the average student spends 55 percent of their budget on rent, Unef's figures showed that in some places, such as Bordeaux, high rents can swallow up three quarters of a student's annual budget.

Brest had the cheapest rent in the country, at just €318 per month, well below half of the Paris figure of €806.

Transport was one of the areas that had seen a huge rise in cost over the past year, particularly in Paris, Bordeaux, Lyon and Nice.

The average cost in Limoges was just €90 per year, while in Lyon that more than tripled to €310 and in Paris an annual transport pass will set you back €341. The union demanded that efforts be made to guarantee equality across the country and reduce students' living costs, noting that the cost of living had risen by 1.23 percent for students year on year – six times more than the rate of inflation. It pointed out that high living costs could lead to students cutting back on spending for their health or cultural activities.

Unef added that while financial aid is often available for students in France, this too is far from equal across the country and funds are threatened by the austerity budget.

READ MORE: Top tips for surviving on a student budget in Paris

Five most expensive French university towns (all prices per month)

PARTNER CONTENT
Protect yourself from the rising costs of living
Url copied to clipboard!