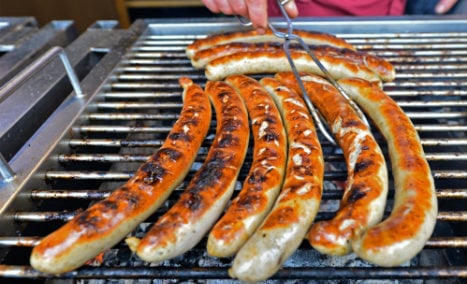 According to the police report the incident took place at around 7pm on Saturday evening.

While authorities give little detail about the incident, they confirm that they are pursuing charges of verbal abuse against a 49-year-old and a 47-year-old, both male. And in the case of the 49-year-old they are also investigating a charge of property damage after they found a 1 cm dent in the other man's car which was inflicted by a 30 cm-long sausage.

Die Welt has more details on the incident.

The conservative daily reports that the 49-year-old was walking through the town of Neubrandenburg, Mecklenburg-Western Pomorania, with his young son when the other man parked in front of them.

Affronted by the carelessness of the parking manoeuvre, the father gave the driver a piece of his mind. But his opposite number didn't take the insult lying down and soon the men were trading insults and had started grabbing each other.

Finally, the 49-year-old reached for the only weapon he had to hand, a 30 cm sausage, and hurled it at his opponent's car with such force that he left a divot in the metalwork.

Police believe that a metal clip in the end of the sausage caused the damage.

This isn't the first time this year that sausages have been at the centre of a heated conflict that has made headlines in Germany.

At a Mercedes Benz shareholders meeting in April police had to be called in after two attendees became embroiled in a furious quarrel over complimentary wurst at the annual AGM.