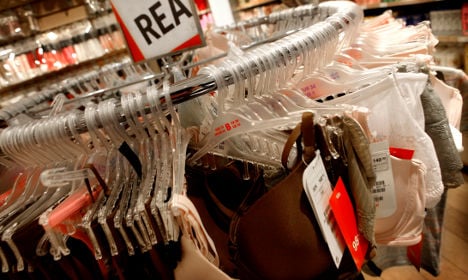 The 54-year-old woman was caught in March this year after a shopkeeper at an H&M store in Halmstad spotted her taking five pairs of underwear into a changing room but handing back only four when she left.

She immediately confessed after being confronted by police outside the store, but said that she had got a sudden onset of diarrhoea while shopping and had been forced to change underwear.

According to Swedish law, a person committing a crime in an emergency situation may escape punishment. But Halmstad District Court said in its ruling that it could not be considered to apply to this case.

It said that the woman had more options open to her than trying to do a runner.

“There were other possible courses of action,” read the court's ruling. “She could for example have paid for the panties before she put them on.”

She has now been found guilty of shoplifting and fined 3,200 kronor ($378). The underwear originally cost 99 kronor.