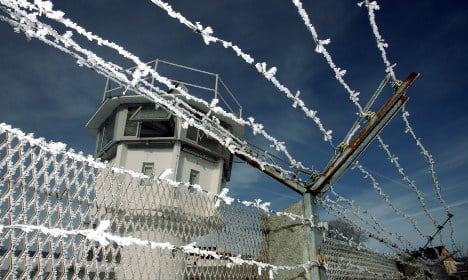 The Berlin Wall Museum at Checkpoint Charlie reported on Wednesday that between 1945 and 1989 when the Wall fell, 1,841 people were killed because of the German Democratic Republic's border policy.

The museum has been researching border-related deaths for years and adding new cases over time to their tallies. This year they added 11 more cases to their count, which included a six-year-old boy who drowned while his family was trying to get to Western Germany through former Czechoslovakia and Hungary. Other cases were of Soviet deserters.

“The full extent of the harm done to Germany by the twin evils of Communism and Socialism has not yet been exhaustively documented,” said museum director Alexandra Hildebrandt in a statement.

“It is our task to ensure that the graves of individuals who perished attempting to flee the country are maintained and not lost from view.”

But there is doubt about the new estimate, according to other researchers.

He and others from the Free University are currently reviewing suspected cases of deaths along the border and have so far been able to confirm 260 of them.

Previous research has estimated that 138 people were killed at the Berlin Wall alone. Together with the estimated number of people killed while escaping across the Baltic Sea, as well as those who died while escaping into the West by way of a neighbouring country, Staadt said that one may reach a count of about 1,000 people. But this is still much less than 1,841.

One of the reasons for the discrepancies in counting the deaths is that the Wall Museum counts victims differently: suicides by East German guards were counted by the museum, regardless of whether there was a direct connection to their service. They also counted non-confrontational deaths.

“If old people between 70 and 80 years old are so hassled by the border controls that they die of a heart attack,” then this must be a consequence of “this murderous border,” said museum director Alexandra Hildebrandt.

But Staadt said that one must distinguish between whether such an elderly person in fact died because of their treatment, or because they had to wait in hot temperatures for a long time inside a bus at the border.

Counting the number of deaths is difficult because the East German government did not keep such records, so researchers must look through scattered archives, said Staadt.

But more records have recently resurfaced that Staadt’s team may be able to use to come up with their own estimate of the deaths along the East German border.