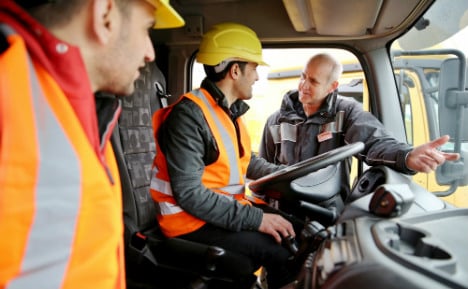 An 18-year-old Syrian refugee who was offered a traineeship with a logistics company in Nuremberg was later informed that the offer had been rescinded “due to serious attacks in Germany”, news site Nordbayern.de reported on Tuesday.

The refugee, who arrived in Germany 11 months ago, wanted to secure an internship in order to improve his chances of further study.

A logistics company in the Bavarian city of Nuremberg offered him a traineeship but then rescinded the offer, stating that they had decided to offer the placement to another applicant instead.

The company justified their decision by pointing to the recent “serious attacks in Germany”.

Last month, southern Germany saw four violent attacks within one week. In three of the cases the perpetrators had sought asylum in Germany, including one Syrian man who blew himself up and injured a dozen others in Ansbach, and another who stabbed several people in Baden-Württemberg.

Acceptance and rejection of the refugee

About four weeks ago, the young refugee was invited to an interview with the company, after which “the boss confirmed that I could do the internship,” he told Nordbayern.de.

“We even arranged the date for when I would begin working.”

During the three-week-long traineeship, the refugee would spend two weeks in the company warehouse and one in the office.

Despite having been accepted for the internship, he then heard no more from the family business – no updates, no instructions for what to do on his first day and no extra information about the placement.

Two days before he was due to start the placement he called up the company to find out what was going on.

On August 3rd, he received an email in response to his enquiry, which stated, “unfortunately, we cannot offer you a trainee placement”.

The email went on to say that “after long considerations within our team, we have decided that due to the serious attacks in Germany, we are going to give the placement to another applicant”.

The company said that they had already sent a letter to the Federal Office for Migration and Refugees (BAMF) which explained their decision.

A spokesperson from BAMF told The Local that the office had not received the letter from the Nuremberg company.

However, the spokesperson went on to say that it was “very regrettable” that the young refugee's internship had been cancelled.

The company reportedly sent the letter on July 25th – just one day after a Syrian asylum seeker killed one woman and injured two others with a kebab knife, and the Ansbach bomber also blew himself up.

According to nordbayern.de the letter to immigration office said that finding interns and helping them get integrated was important to the company, and that the company would have loved to have given the young Syrian a chance.

However, due to the serious recent incidents in Germany, they had decided to offer the internship to another applicant.

“We think that the government should find out directly why we are rejecting this sort of integration,” the letter reportedly stated.