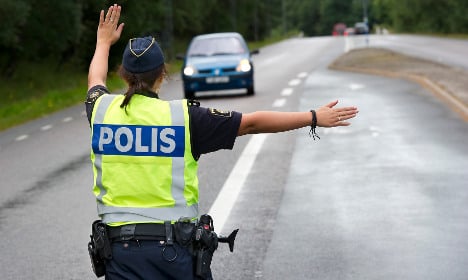 The 30-year-old man, who does not hold a valid licence, was charged at Skaraborg District Court in south-western Sweden for driving while under the influence of alcohol and drugs.

He was first stopped in November last year driving a moped with an alcohol level of 71 milligrams of alcohol per 100 millilitres of blood (a BAC of 0.071 percent, while the legal limit in Sweden is 20mg of alcohol per 100ml of blood or a BAC of 0.02 percent). Traces of cannabis were also found.

In March he was stopped with 119mg of alcohol per 100ml of blood and traces of amfetamin.

A month later he was driving a motorcycle, measuring 197mg of alcohol per 100ml of blood.

And at the end of June he was stopped driving another moped in Mariestad after running a red light. According to the charge sheet his driving was so erratic he nearly crashed into other vehicles. His alcohol level was then 76mg per 100ml of blood (a BAC of 0.076 percent).

The man was also charged with narcotics offences, driving without a licence and carelessness in traffic.

Sweden has one of the lowest rates of drink-driving related accidents in the world, but this is not the first case to grab the headlines this year.

Earlier this summer police in western Sweden stopped to help a man whose car had got stuck in the snow, initially believing he was Danish, until it turned out he was slurring his words because he was drunk.

The same day another man, in Eksjö in southern Sweden, hit the news after being stopped on his lawnmower while under the influence.