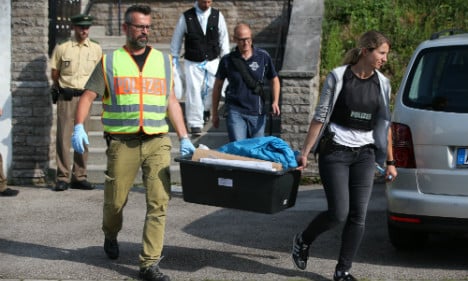 On Monday morning, investigators searched Mohammed D.'s room in a refugee centre in the town and found mobile phones and several sim cards, as well as a roll of €50 notes, Bayerische Rundfunk reports.

Police found a video on one of the phones in which the bomber pledged his allegiance to Isis, Bavarian interior minister Joachim Herrmann said on Monday at a press conference.

In the video he announced he would “attack the Germans because they stand in the way of Islam”.

He also pledged allegiance specifically to Abu Bakr al-Baghdadi, the leader of the Islamic State.

According to Herrmann, the video confirms that the 27-year-old’s detonation of a bomb in the town’s centre had an Islamist motive behind it.

During the search of the property, police also found materials used for building a bomb including hydrochloric acid, soldering bolts and batteries.

Prosecutors also revealed on Monday that the man had six different Facebook accounts on which he published Islamist material.

The 27-year-old Syrian had had his asylum application rejected by German authorities and had been ordered to leave the country. He had previously been taken into psychiatric care due to two suicide attempts, investigators said earlier on Monday.

Before detonating the bomb, the man was refused entry to a nearby festival, which likely prevented more casualties.