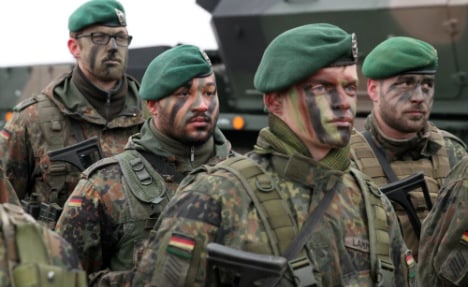 “The German government is fundamentally committed to Article Five of the NATO treaty. That is the central promise of solidarity within the alliance,” Chancellor Angela Merkel's spokesman Steffen Seibert told reporters when asked about Trump's remarks.

“Collective defence according to Article Five is and remains the main duty of NATO,” Seibert added, noting that the pledge had once again been renewed at a NATO summit this month in Warsaw.

Under Article Five of the NATO treaty, members agree to regard an attack on one member as an attack on all and promise to mobilise together to defeat the threat.

In an interview published Thursday in the New York Times, Trump raised questions about this vow.

He warned that if elected he would only come to the aid of the Baltic states in the event they were invaded by Russia if he judged they had “fulfilled their obligations to us.”

This drew a furious response from Estonia and Latvia, and outrage from Trump's domestic political critics.

US Secretary of State John Kerry on Thursday reaffirmed Washington's promise to protect its NATO allies following the uproar.