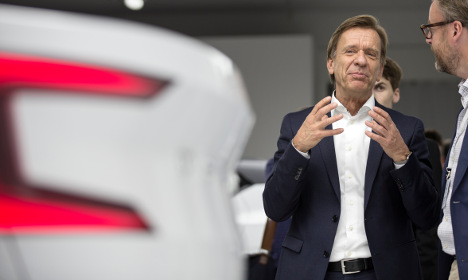 The Swedish carmaker, owned by China's Geely, said in its second-quarter earnings statement that strong sales were accompanied by improving margins despite investments tied to launching its new top-of-the-line models.

Sales rose by 11 percent compared to the April through June period last year to 83.6 billion kronor ($9.7 billion), while operating profits tripled to 5.6 billion kronor for a margin of 6.7 percent.

“This robust first half year of financial and operation performance combined with a positive product pipeline allows me to state confidently that we expect to report another record year in 2016 in terms of sales,” said chief executive Håkan Samuelsson in a statement.

The company, which Geely bought from Ford in 2011, for the first time surpassed the 500,000 vehicles mark last year.

Volvo Cars, which makes no secret of its ambition to compete head-on with leading global high-end brands Audi, BMW, Mercedes-Benz and Jaguar, said sales of its redesigned luxury XC90 SUV surpassed expectations at nearly 44,000 in the first half of this year.

The model was its top in the US market, where sales jumped 25 percent. Sales in Europe, Volvo Cars' top region, rose by 10.3 percent, slightly higher than the 9.4 percent registered in the market overall. Sales climbed by 6.3 percent in China.