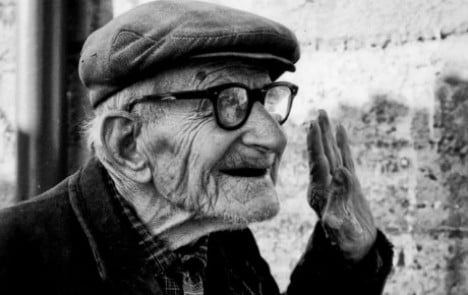 “Sardinia is renowned as one of only three regions in the world with an exceptionally high proportion of centenarians,” Tiziana Life Sciences founder, Gabriele Cerrone, said in a press release.

The samples acquired all come from the region of Ogliastra, in southeast Sardinia.

Ogliastra lies in what has been dubbed a 'Blue Zone' – an area of exceptionally high longevity, inside which one in every 2,000 residents can expect to live beyond the age of 100.

But extreme longevity in central Sardinia has posed a conundrum for scientists for decades.

Ogliastara was for hundreds of years made up of isolated rural communites of shepherds, who lived in its mountain towns. And a lack of outside influence means the area's gene pool is very narrow.

Communities with narrower gene pools usually show a greater propensity to illness and disease and yet people from Ogliastra are 50 times more likely to live to 100 than American or British citizens.

To date, explanations for why people from Ogliastra live so long have generally focused on lifestyle factors such as diet, exercise and the quality of inhabitants' relationships, but Tiziana Life Sciences is now hoping to find a solid genetic base for the region's longevity.

The newly acquired data-bank includes over 230,000 separate samples of DNA, including things like vials of frozen spit, blood and hair.

Each sample will now be studied in depth and new technologies used to map the DNA of long-living Ogliastrans.

What's more, each sample has already been matched and catalogued with population data and medical records stretching back over 400 years, which will give scientists the best chance of uncovering the genes responsible for the region's exceptional longevity.

“The acquisition represents an opportunity to study a unique collection of DNA samples from a homogeneous and well-characterized population,” explained professor Napoleone Ferrara, a board member at Tiziana Life Sciences.

“This could advance our understanding of aging and other key pathophysiological processes and potentially result in diagnostic and therapeutic advances,” Ferrara added.

The company purchased the DNA collection following the collapse of its previous owner, the Cagliari-based Shardna S.p.a, and has announced the creation of an Italian subsidiary company, LonGevia Genomics Srl, which will oversee the management of the DNA bank.