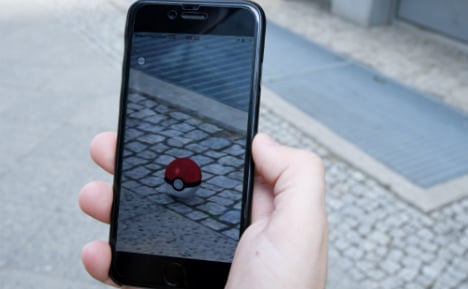 You would normally expect people who are wanted by the police to hide away and avoid going outside unless absolutely necessary.

On the contrary – this young fugitive was so enthralled by the new Pokémon Go app that he couldn't resist going out in broad daylight to enjoy the augmented reality game, which is currently taking the world by storm.

“The thrill of the game was just far too strong”, reported a police spokesperson.

In his excitement about finding new Pokémon, the wanted man completely forgot to stay undercover and watch out for any police officers nearby.

Instead, he casually wandered around public areas in Trier, in western Germany, with two friends, filming and scanning different places with his smartphone.

“Observant residents” reported the “suspicious” behaviour of the group to the police, according to Uwe Konz, a spokesman from the Trier Police.

All three men were questioned by police officers. Despite the fugitive's futile attempts to provide a false identity, it became clear very quickly that this was the man the police had been searching for for several days.

Konz went on to say that “these observant residents, Pokémon Go and finally the wanted man himself” all helped the police to catch him.

According to officials, the fugitive was immediately arrested and taken to a youth detention centre. He will now serve a 6-month prison sentence for multiple convictions, which he had previously been avoiding.

Players of the popular game, which was released in Germany on Wednesday, walk around in public places to find and catch different “monsters” by throwing a Pokéball at them.

The app, which had 21 million users worldwide as of Tuesday, superimposes an image of one of the 100 available Pokémon types onto the player’s view of the real world.