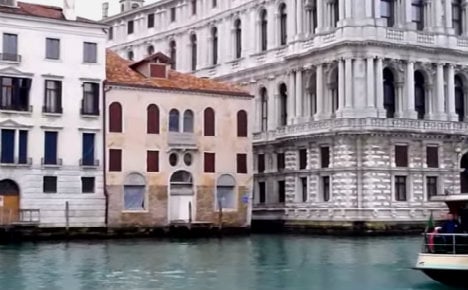 The 'Pirates of the Caribbean' star is asking €9.8 million for four-story Palazzo Donà Sanguiantoffetti, which once belonged to a noble Venetian family and sits on the Grand Canal in the swish Santa Croce district of the city.

Depp, 53, bought the property in 2011 after he had spent months in the city filming the romantic thriller 'The Tourist' with Angelina Jolie. At the time, he paid €9 million for the property, which required serious renovation, allegedly outbidding an Arabian prince.

Affari Italiani reports that the sale of the property might be motivated by Depp’s divorce proceedings with his current wife, actress Amber Herd.