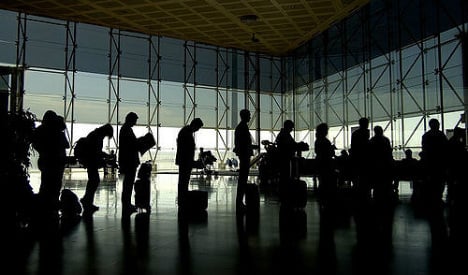 Spaniards are leaving the country in search of better opportunities abroad in the largest numbers ever, new statistics released by Spain’s Office of National Statistics (INE) have revealed.

Despite Spain making a slow but sure recovery from economic crisis, in 2015 just under 100,000 Spaniards left the country; the largest number since the crisis hit and 23 percent up on 2014.

For while Spain may be recovering economically, the country still has 20.1 percent unemployment, the second-highest unemployment rate in the EU, which is forcing many people, especially young graduates, to look for job opportunities beyond the country’s borders.

The number of Spaniards leaving the country has almost tripled since the beginning of the economic crisis in 2008, when 33,505 people left.

Josué Castaño is just one of the tens of thousands of Spaniards who have moved to Britain. He told The Local back in April what prompted the move.

“I wanted to get some experience and try to broaden my horizons and so I saw the UK as an opportunity,” said the 30-year-old from Madrid, who now lives in Bristol where he works in a restaurant.

“Over here I make double what I would in Spain doing basically the same work in hospitality,” he said.

“Even though the cost of living is higher in Bristol it is still worth it. Especially as the pound stretches much further when it comes to holidays.”

Male emigrants just outnumbered female, at 52 percent to 48 percent, while most were between the ages of 25 to 44-years-old.