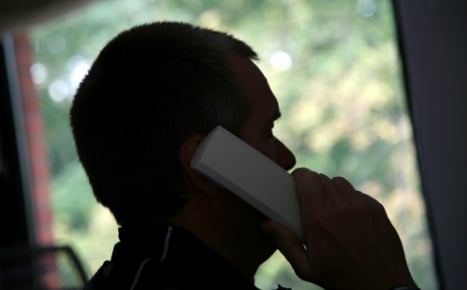 The old man from Upper Palatinate in Bavaria decided to call the hotline after watching a late night advert on his television in March, Onetz.de reports.

But when he called the number on his landline, he had no idea the hotline was little more than a money-making ploy.

Instead of hearing “a woman of his choice whispering steamy words of love” into the receiver, all the old fellow was given was a dry pre-recorded message.

After around two minutes, he hung up the phone in frustration.

A few weeks later a bill, which included a “compulsory service charge” for €90, arrived at his house.

The octogenarian was outraged. In the advert he had been promised the cost would be charged on a per-minute rate of €0.99. So he chose to ignore the invoice.

But as the weeks went by, he kept receiving threats through the post which included additional penalty payments.

When a letter arrived through the door demanding that he pay €250, he decided he had had enough and filed a complaint with the police.

Authorities are now investigating the case.