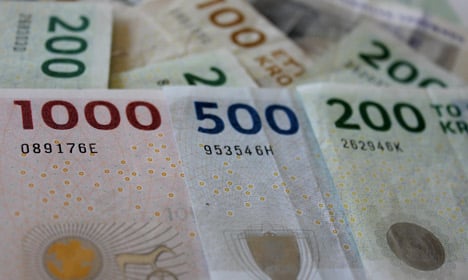 The Danish krone has had a fixed exchange rate since 1982. Photo: Colourbox
“There is no reason why the decision of the British to leave the European Union should affect the exchange rate between the Danish crown and the Euro,” governor Lars Rohde said in a statement.
“The National Bank of Denmark will do what is necessary to maintain a stable exchange rate if pressure is felt on the crown. We have the necessary tools,” he went on.
See also: German stock market sees biggest drop since 2008 crash
Denmark is the only EU nation to target a fixed exchange rate with the euro, at around €0.134 to the krone.
The Nordic nation's central bank is legally obliged to keep the peg steady.
A fixed exchange rate has been a feature of the Danish economy since 1982, when Copenhagen tied its currency to the German Deutsche Mark.
The central bank constantly adjusts interest rates in response to those set by the European Central Bank and can use its considerable foreign currency reserves to intervene on markets.
At the end of May this year, the market in Danish crowns held reserves worth around 426.9 billion kroner (€57.4 billion).