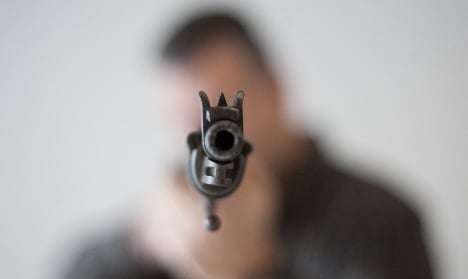 It was a scene tragically all too familiar to Americans: a double-digit body count of dead young people, a nation left horrified and grieving, politicians quibbling over gun control.

But it happened thousands of miles away in Germany six years ago, and basically has not happened here since.

On March 11th 2009, a 17-year-old armed with his father’s gun shot dead nine students and three teachers at his former school, as well as three others as he fled police in a small southern German town before turning the gun on himself.

The 2009 Winnenden massacre certainly shook Germany to the core, prompting lawmakers to pass a round of new reforms to the country’s gun laws, which are now some of the toughest in Europe.

At the same time, Germany also has one of the highest rates of legal private gun ownership worldwide.

Since 2009, the country has not seen a similar mass shooting, and the number of gun-related “crimes against life” dropped from 179 that year to 130 last year – just 57 of which were intentional murders.

But the truth behind why Germany sees far less gun violence per capita than the United States goes deeper than the legal structures, argues German criminologist Christian Pfeiffer, who has conducted research on this topic for years.

“America is a completely different world,” Pfeiffer told The Local. “The laws are a result of a public that believes in fear. The laws reflect a culture of repression.

“America is a sick country in my opinion.”

Pfeiffer believes that it's a deeper culture of fear and powerlessness that dictate US policies and social behaviours.

“People in Germany don't suffer from that powerlessness like in the United States. People there want to overcome that fear by having a weapon.”

Specifically, his research with the Criminology Research Institute of Lower Saxony has shown that there is a strong correlation between a violent childhood and violence later in life.

Pfeiffer, who was also once Justice Minister in Lower Saxony, notes that while Germany has a low acceptance rate of spanking or other forms of physical discipline for children, approval of such methods are surprisingly high in the United States.

A survey of Americans in 2014 found that 76 percent of men and 65 percent of women agreed with the statement that it is sometimes necessary to discipline a child with “a good hard spanking”, according to research centre Child Trends.

In Germany on the other hand, a survey last year found that one-third of German parents thought a “smack across the head” was sometimes acceptable for child-rearing, and another study found that 90 percent of Germans overall believed in nonviolent parenting methods.

And this kind of attitude towards raising young ones can have a huge impact: Multiple studies by Pfeiffer and others have shown that those who are treated well in childhood are more likely to treat others gently later in life.

“There is no doubt that violence faced in childhood makes a difference in future violent behaviour,” Pfeiffer said, explaining that often the shooters in mass killings experienced some form of helplessness or abuse in childhood.

The Orlando shooter, Omar Mateen, reportedly was slapped by his father in front of his peers growing up, a former classmate told the Washington Post.

“Abused kids grow up always feeling a sense of powerlessness. Then, when they’re adults, they want to have the power and decide who to kill and who not to. That desire to have a gun in their hands and see fear in the eyes of others stems from that powerlessness in childhood.”

But not only is physical discipline socially tolerated in the United States more than in Germany, it’s also legally permitted, as corporal punishment at home by parents is legal in every US state, though each one varies by what is allowed.

And 19 states allow corporal punishment in both public and private schools, according to the Global Initiative to End All Corporal Punishment of Children.

Germany meanwhile ended parental and teachers’ rights to corporal punishment in 2000 and since the 1970s, there has been a movement of campaigns and research to inform parents about the harmful impacts of physical discipline, Pfeiffer explains.

Not only changing the laws, but informing the public and getting people on board with the policies helped change attitudes towards parenting, Pfeiffer says.

Between 1992 and 2012, the proportion of native Germans who grew up completely without violence at home almost doubled from 26.4 percent to 52.1 percent.

But until the US can also adopt such policies and parenting methods, Pfeiffer says problems like gun violence will persist.

“It’s necessary to change the laws on how to get a gun, okay,” Pfeiffer said, “but there won’t be a majority for the laws being proposed, and to get that we have to start at a different point, at child-rearing.

“It has to start within the heads of people, not with the laws.”