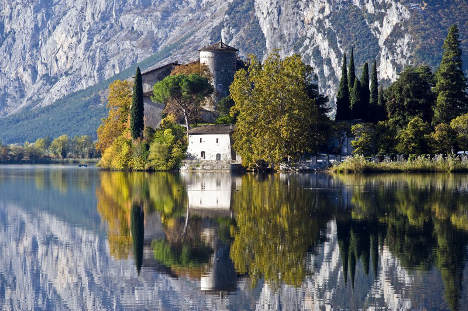 From the pristine valleys of Val d’Aosta to the sun-drenched beaches of Sicily, the photographers are endeavouring to reflect “little slices of real life” as part of a photobook, which is being created with the support of www.comuni-Italiani.it, a website that provides information about Italy’s regions and provinces.

“There are unexplored nooks and crannies of the Italian peninsula that are off the radar as far as mass tourism is concerned,” the group said in a press release.

“Other areas, virtually untouched by the passing of time, offer a wealth of hidden charm.”

More than 100 photos, which “trace an evocative journey”, will be brought together, alongside brief captions detailing unique aspects of the locations features.

Ten of the photos were shared with The Local: Ten breathtaking Italian gems you've never heard of

The photographers focussed on the archive gathered through Italy’s National Photographic Competition, which over the last three years has won the support of Canon, the biggest manufacturer of cameras in the world, as well as the Ministry of Tourism, Italy’s national trust (Fondo Ambiente Italiano), the Touring Club, and other institutions that promote and preserve the country’s historical and national heritage.

They’ve launched the project on the crowdfunding page, www.Kickstarter.com, and need to raise €4,500 to complete it. Anyone can contribute. The book isn’t available to buy, but anyone who pledges €18.00 can receive a copy. The perfect gift!