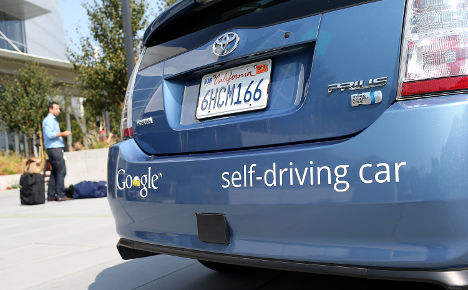 The source cautioned that discussions were in an early phase, and not exclusive to any one automobile maker.

Earlier in the day, Bloomberg news agency cited a source as saying a deal between the automobile maker and Uber could be announced by the end of the year, adding that FCA was also reaching out to online commerce giant Amazon on the potential for using vehicles for deliveries.

Amazon has been consistently exploring technology that could improve efficiency of distribution or delivery of goods handled by the online retail colossus.

Uber Technologies and FCA declined AFP requests for comment. Amazon did not respond to an AFP query.

Fiat Chrysler announced an alliance with Google parent Alphabet in May, saying self-driving cars could hit roads within five years.

An array of automobile makers including Audi, Ford, Mercedes, Lexus, Tesla and BMW are working on building self-driving capabilities into vehicles.

Uber unveiled its first self-driving car last month, announcing it had begun testing an autonomous vehicle on the streets of Pittsburgh, Pennsylvania.

In April the California group was among the founding members of an industry group called the Self-Driving Coalition for Safer Streets which also includes Alphabet unit Google, Ford, Volvo and Lyft.