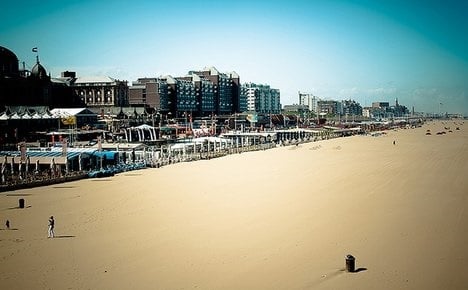 The fugitive mafia boss was arrested in the seaside town of Scheveningen. Photo: Pascal Maramis/Flickr

Prosecutors confirmed to AFP that an “important figure” within the Ndrangheta clan and wanted by Italian authorities had been arrested on May 12th in The Hague's seaside suburb of Scheveningen after living in the country for about 15 years.

The mafia boss had been sentenced by Italian judges to 14 years and eight months in prison for fraud and drug-smuggling.

But in 2001, while under house arrest awaiting trial he managed to slip out of the country and arrived in the Netherlands.

The prosecution did not name him, but popular daily tabloid Algemeen Dagblad identified the man as Rocco Gasperoni, 73, who has been on the run for 15 years.

Gasperoni first owned a delicatessen in the Netherlands, and then a liquor shop before ending up with a pizzeria “making the best pizzas in the neighbourhood”, said AD.

Italian judges finalised his sentence in 2007 and afterwards asked for his extradition from the Netherlands.

But Gasperoni walked free after three days because his extradition request was wrongly filled out, the AD said.

In 2012, Italy filed another extradition request but Gasperoni “had been in the country too long for the request to be carried out.”

“Eventually Italian and Dutch authorities agreed that Gasperoni will serve his sentence in the Netherlands,” where he has a residency permit.

He will now spend 12 years behind bars on the Italian drug smuggling and fraud convictions.

Residents told the AD they were gobsmacked by the news of Gasperoni's arrest.

“We're thunderstruck,” his neighbour Wim Mos told the AD, adding “he was a guy who always had a big smile on his face.”

“Until recently the whole neighbourhood ate at Rocco's Pizzeria… which made the best pizzas, had the freshest meat and fish and where everything was prepared with love,” added the AD.

The arrested man “had no violent offences to his name in the Netherlands,” Dutch prosecutors said in a statement.

“What was known is that he's been making pizzas for the last 15 years – and that's not a punishable offence,” they added.