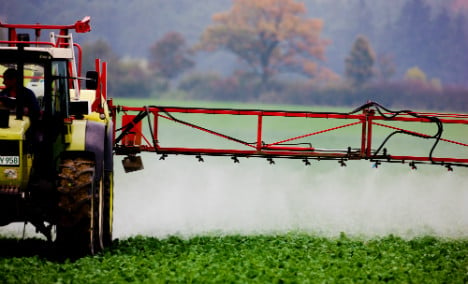 Both sides have emphasised that the talks are still only exploratory at this stage and neither has mentioned how much any proposed deal would be worth.

But with Monsanto's market value estimated at around $42 billion (€37.5 billion), observers say it would be bigger than the recent acquisition of Switzerland's Syngenta by China National Chemical Corp.

“There is no assurance that any transaction will be entered into or consummated, or on what terms,” Monsanto said, while Bayer insisted the talks were still only “preliminary” and “a further statement will be made as appropriate.”

A combination would create a new giant in the seeds and pesticides sectors.

Monsanto, which employs about 20,000 workers, is a major manufacturer of agricultural seeds and herbicides and describes itself as one of the world's leading biotechnology companies.

The US group has been in the headlines in Europe recently over the weedkiller glyphosate, which it markets under the name Roundup, and is suspected of causing cancer in humans and posing a serious risk to biodiversity.

A recent study by German scientists found that every German-manufactured beer they tested contained traces of the weedkiller.

The EU pesticides committee was meeting this week to decide whether to extend glyphosate's licence.

Dirk Zimmermann from Greenpeace Germany told The Local that any possible merger would create even more concentration in what is already a ”very, very concentrated market”.

In term of the pesticide market, Bayer would be adding Monsanto’s seven-percent share of the global market to its 17-percent share, giving it over a quarter of the entire sector.

Such a wide-reaching business model would increase  the political power of this mega company and “give them control, not just over our agriculture but over our entire diet,” he warned.

Agricultural suppliers like Monsanto have been pressured by low commodity prices that have caused farmers to cut orders for supplies.

In March, Monsanto slashed its earnings forecast for 2016. Sluggishness in the industry has also sparked deals such as a mega-merger between DuPont and Dow Chemical.

Following its unsuccessful bid for Syngenta, Monsanto, which is based in Saint Louis, Missouri, embarked on a huge restructuring programme, axing 3,600 jobs, or 16 percent of its workforce by 2018, closing sites and writing down assets.