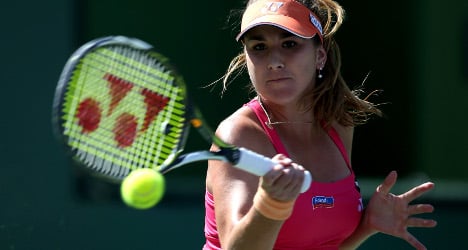 The 19-year-old has back problems and has not played since the claycourt Charleston tournament in April, where she fell 6-1, 6-1 in the second round to Russian Elena Vesnina.

She has been replaced by American Lauren Davis, ranked 115th in the world, in the draw for the second Grand Slam tournament of the season from May 22th to June 5th in Paris.

Swiss hopes will rest with Roger Federer and defending champion Stan Wawrinka, both of whom are scheduled to play, despite Federer's recent injury troubles.