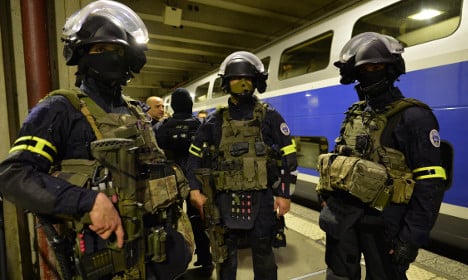 France has arrested 101 people since the start of the year over “direct links to terrorism”, Interior Minister Bernard Cazeneuve said in an interview to be published Friday, exactly six months after the Paris attacks.

“We are doing everything we can to protect the people of France, but the threat level is still very high,” Cazeneuve told the Ebra media group, which publishes several dailies.

“At the European level, thanks in great measure to France's impetus, progress is being made,” he said.

“Aside from the closely coordinated police and judicial French-Belgian efforts that helped us carry out the recent arrests, the European Parliament has finally adopted the PNR (Passenger Name Record) system which will enhance our detection capabilities of jihadists' movements,” he said.

Cazeneuve meanwhile said that border checks had been carried out on 33 million people at France's frontiers in the past six months, and that 17,500 people had been refused entry to the country.

Asked about plans to provide security for major events to be held in France in the coming months, Cazeneuve said that “exceptional” measures would be put in place, “in order to ensure the highest possible security.

“That's one of the reasons why we extended the state of emergency until July 26, that is after the end of the football Euro 2016 championship and the (cycling) Tour de France.”

One hundred and thirty people in the November 13 attacks in Paris, after 17 died in January in three days of violence starting with a massacre at the offices of satirical weekly Charlie Hebdo.

The government believes nearly 9,300 people in France have been radicalised and are capable of violent actions.

The anti-terror plan will cost an additional €40 million ($45.5 million) by 2018 on top of current funding and aims to ramp up existing efforts to try to help people already in jihadist networks or those likely to join such groups.