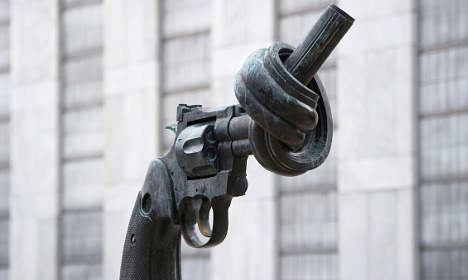 The artist, who had used a wheelchair after suffering from a stroke in 1989, died on Tuesday, Kjell Thoresson, the head of cultural affairs for the Swedish municipality of Landskrona where Reuterswärd lived, told AFP.

Reuterswärd designed the oversized bronze Colt Magnum .357 with the knotted barrel, entitled “Non Violence”, as a symbol of peace after the assassination of his friend John Lennon, the former Beatle, who was shot dead by Mark Chapman on December 8th 1980.

Luxembourg, which had acquired one of the early versions of the work, donated the sculpture to the United Nations in 1988.

Other versions are on display in a number of cities, including Stockholm, Beijing, Cape Town and Lausanne, the Swiss town where the artist lived for a long time.

A former student of French artist Fernand Leger, Reutersward has had his works exhibited around the world. He also published several collections of poetry.