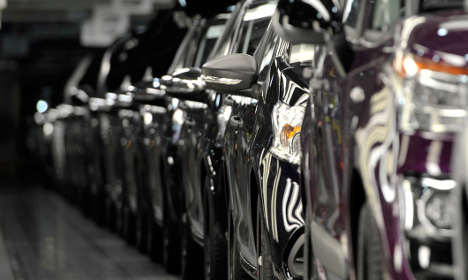 View of the assembly line for Citroen C3 Picasso and Peugeot 208 cars by French car maker PSA Peugeot Citroen. Photo: AFP
“As part of ongoing investigations on pollutants in the automobile sector, today PSA Group has been the subject of a visit and a seizure by France's General Directorate for Competition Policy, Consumer Affairs and Fraud Control (DGCCRF),” PSA, France's biggest carmaker, said in a statement.
The fraud squad said separately that the raid was prompted by harmful emission “anomalies” found in three PSA car models during pollution tests triggered by a Volkswagen emissions cheating scandal.
Five PSA sites were raided, four in the Paris suburbs and one in Montbeliard, eastern France.
PSA said it was cooperating fully with the directorate, which comes under France's economy ministry, and confirmed the “compliance of its vehicles in pollutant emissions in all countries where it operates”.
Gilles Le Borgne, head of research and development at Peugeot Citroen, told AFP by phone that the investigators took away computers, which he expected would be returned on Friday.
“We are being completely transparent… we are clearly going to provide maximum collaboration,” he added.
Thursday's raid comes three months after a surprise probe at Renault, France's second-biggest automaker, as part of the government's drive to shed light on emissions practices by car manufacturers in the wake of the global emissions scandal at Germany's Volkswagen.
The German company has admitted it installed illegal software into 11 million 2.0 litre and 3.0 litre diesel engines worldwide, including VW, Porsche and Audi models, that intentionally masked the vehicle's real emissions levels during testing.
Volkswagen reached an agreement Thursday with US regulators to offer US owners of some 480,000 illegally polluting diesel cars options of “substantial compensation” and to fix the cars, or to buy them back.
In the latest scandal to rock the sector, Japan's Mitsubishi Motors admitted that it had also cheated, on fuel-efficiency tests.
The shock statement sent stock market investors fleeing, wiping $2.5 billion (2.2 billion euros) off Mitsubishi's market value in just two days.
Trade unions at PSA on Thursday showed their support for the company.
“We are very confident, this doesn't seem to be worrying the management,” said FO union representative Christian Lafaye. 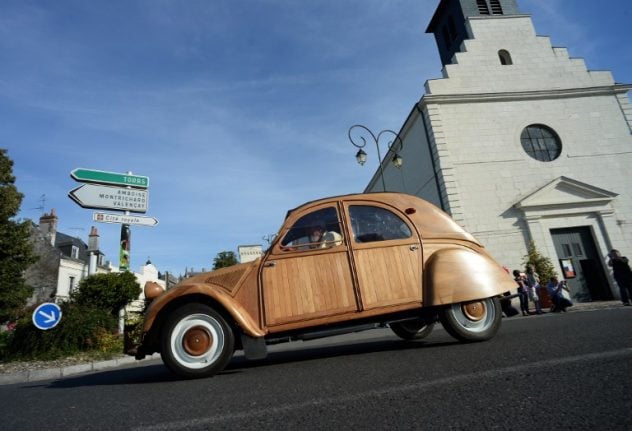 The car, built as an exact one to one replica to the famed Citroen 2CV, was put together over six years by retiree Michel Robillard.

And this week he took it for a spin around the town of Loches in central France. “The goal was always to drive it on the road, because it would be a ‘first’ in France,” Robillard told the motoring website Autoplus.

“I think that today, I achieved that goal. But my dream would be to drive this car at the foot of the Eiffel Tower,” he added. The car, which has been a feature at the Citroën Origins virtual museum since it was finished, is made out of a Touraine fruitwood and is considered to be unique in the world.

See the video below, and click here to see many more pictures of the wooden car.