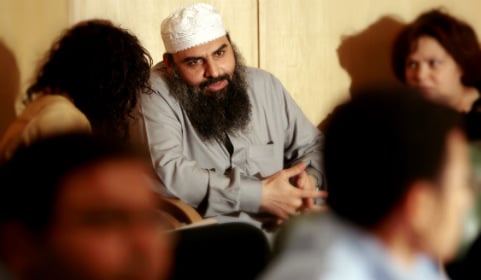 An ex-CIA agent convicted for the extraordinary rendition of an Italian imam Abu Omar, pictured above, is trying to block her extradition to Italy. Photo: Khalen Desouki/AFP

Sabrina de Sousa was one of 23 Americans, including 22 CIA agents, convicted in 2009 by an Italian court over the 2003 abduction in Milan of Osama Mustafa Hassan Nasr, better known as Abu Omar.

The extradition of de Sousa, a Portuguese-American, was approved by an appeal court in Lisbon in January and confirmed by the Supreme Court last month.

The Constitutional Court received a final appeal against the move on Monday, a spokesman told AFP, with her lawyer arguing there was no guarantee Italy would grant a new trial to de Sousa, 59, who was convicted in absentia.

The trial in Italy was one of the world's largest to take aim at Washington's controversial “extraordinary rendition” programme, which was set up in the wake of the September 11th, 2001 attacks to capture and interrogate Islamist terror suspects.

Under the programme, suspects were sent to countries where they were detained, interrogated and possibly subjected to ill-treatment.

Abu Omar was seized on the streets of Milan in February 2003 in a joint operation between the CIA and Italian intelligence services. He was then transferred to Egypt, where his lawyers say he was tortured.