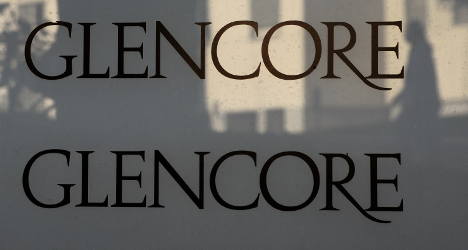 Glencore said it would sell 40 percent of its Agricultural Products business to a wholly-owned subsidiary of the Canada Pension Plan Investment Board (CPPIB).

“The proceeds from the transaction will be used by Glencore to reduce net indebtedness,” said the company, which is undergoing a dramatic restructuring to trim its towering debt.

The deal announced on Wednesday, which is subject to regulatory approvals and is expected to close during the second half of the year, values Glencore's entire Agricultural Products business at $6.25 billion.

It also recognises $600 million in debt and $3.0 billion in working capital, which Glencore said it “intends to finance with short term debt on closing.”

“We are pleased to be partnering with CPPIB as we embark on the next stage of the development of Glencore Agri,” Glencore chief Ivan Glasenberg said in the statement.

The deal is only the latest in a long line of shifts Glencore has announced in recent months to cut back its debt-load, which at the end of 2015 stood at nearly $26 billion, including scrapping its dividend, suspending production at a number of mines, and selling off assets.

“As an asset class, agriculture is an excellent fit for a long-term investor like CPPIB, and we are excited about the opportunity to acquire a significant stake in Glencore Agri,” he said.

At arm's length from the Canadian government, the CPPIB invests the funds not needed by the Canada Pension Plan (CPP) to pay current benefits to 19 million pension contributors, placing the funds in equities, real estate, infrastructure, and fixed income instruments.

When the deal closes, Glencore Agri will continue to be run by current chief Chris Mahoney and will be governed by its own board of directors, including two appointed by CPPIB and two appointed by Glencore.

In addition, the two sides have agreed to an initial four-year lock-up period during which Glencore can sell CPPIB up to a further 20 percent stake in the agri-business, and to a provision allowing either side to call for the business to go public after eight years.

Geneva area residents have been shopping in nearby France for years, as most goods are cheaper on the other side of the border.

It is not unusual to see cars with Geneva and Vaud registration plates in parking lots of French supermarkets, and this practice, known as ‘shopping tourism’, has been boosting the economies of border regions for decades.

Lately, however, ‘shopping tourism’ has spawned off a new phenomenon dubbed ‘pump tourism’, as an increasing number of cars from Switzerland fill up at French petrol stations with cheaper petrol/gasoline or diesel.

A litre of fuel in Geneva now costs 2.20 francs, while the price is €1.80 just across the border. Given the exceptionally strong franc and favourable (for the Swiss) exchange rate — €1.04 for 1 franc — buying a full tank of gasoline in Haute-Savoie makes financial sense.

But the cheaper pump prices in France are the result of the government fuel rebate of 18 cents per litre – as this is ultimately funded by the French taxpayer, some of the French are none too happy about Swiss motorists benefiting.

Loïc Hervé, a senator from Haute-Savoie, suggested that the Swiss are taking advantage of French state aid on the price of fuel in France.

“We absolutely have to give priority to French people.  We should not be helping out the rich, the Swiss, and foreign tourists. It’s as simple as that”, Hervé, told Tribune de Genève in an interview.

Geneva State Councilor Mauro Poggia swiftly responded to Hervé’s comments, pointing out that cross-border workers from France have been benefiting for years from perks offered by Swiss employers, such as higher salaries.

READ MORE: EXPLAINED: Who can work in Switzerland but live in a neighbouring country?

“And let’s not forget that the French also fill up their cars in Geneva before returning home, and it hasn’t bothered anyone”, he said.

In fact, before Russia invaded Ukraine in February, unleaded gas was less expensive in Switzerland than in France.

The reason this is no longer the case is that France, along with Switzerland’s other neighbours, Germany, Italy, and Austria, have put in place a fuel rebate on petrol and diesel – at present this is 18 cents per litre, but it will rise to 30 cents per litre in September.

The Swiss government was considering a similar tax cut as well, but the Council of States rejected this proposal in June amid concerns about how to compensate for the lost revenue.