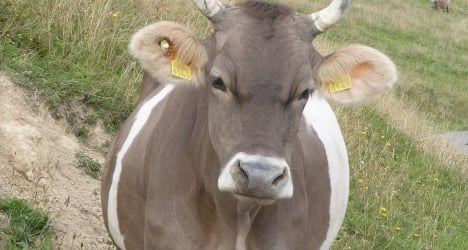 The home video, posted by the Pfister family’s beef farm in Bözen, in the canton of Aargau, shows their cows reacting by jumping and leaping about as they are released into the pasture for the first time in five months under sunny spring skies.

“It's one of the most beautiful moments in a farmer's year,” the family wrote under the video.

And it's obviously a moment non-farmers enjoy watching too, as the video has had 1.2 million views and nearly 22,000 likes from users around the world since it was posted on Thursday.

The popularity of the video has surprised farmer Reto Pfister.

“We just wanted to amuse ourselves and our friends, nothing more,” he told local broadcaster TeleM1 of shooting the video.

But the animals’ reaction has obviously touched people.

“It awakens emotions and we see in these images that animals also feel joy,” Pfister added.

Unfortunately for the cows, following spring-like temperatures and a warm foehn wind last weekend, wintry weather is set to return to Switzerland as the week progresses.

According to MeteoSuisse, temperatures will drop to a low of one to two degrees in some places by the weekend, with some snow showers forecast for the mountains. 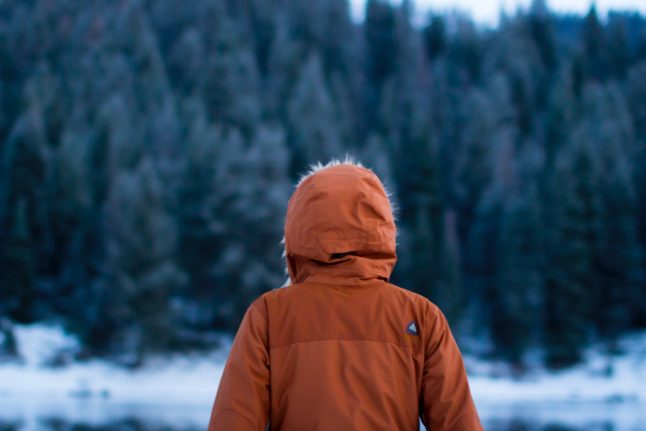 Blame it on the low-pressure system called “mega polar vortex,” which has hit parts of the United States in the past days and is now heading towards us from – where else – but Siberia.

“If the polar vortex pushes cold air north, it could reach us as well,” said Roger Perret, a meteorologist at the MeteoNews weather service.

This is what the situation is currently:

How cold could it get?

The temperatures could drop to 0 C, though heavy snowfall is not expected before the beginning of December.

While this is the most likely scenario, weather is, after all, unpredictable.

The current forecast will hold true only if the polar vortex is undisturbed on its path.

But if “it stays in the east and mild air currents arrive in Switzerland from the Atlantic depression, it will be warmer again,” Perret said.

In other words, be prepared for the cold, but hope for the clement weather to continue a little bit longer.

READ MORE: Will the warm autumn affect the ski season in Switzerland?