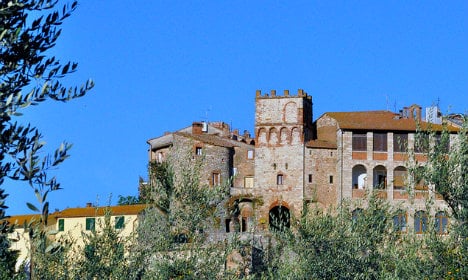 Central Italy was hit by four small earthquakes on Monday, the largest of which was keenly felt in Rapolano Terme, pictured. Photo: Riccardo

The largest, measuring 2.7 on the Richter scale, was recorded just 22 kilometres from the Tuscan city of Siena at 7.30am.

Its epicentre was measured at a depth of seven kilometres below the earth's surface, Corriere reported.

The quake was widely felt, especially by those on the upper floors of buildings in the nearby towns of Castelnuovo Beradegna and Rapolano Terme, but nobody was hurt and no property was damaged.

Further quakes also occurred in the early hours of Monday in the neighbouring province of Emilia-Romagna.

Between 3.07am and 3.29am, three shocks measuring between 2.0 and 2.6 on the Richter scale were registered with separate epicentres all within 30 kilometres of Bologna.

While no damage was recorded, the tremors were a chilling reminder of the events of May 20th 2012, when Emilia-Romagna was hit by a series of strong earthquakes which left 27 people dead and 45,000 homeless.