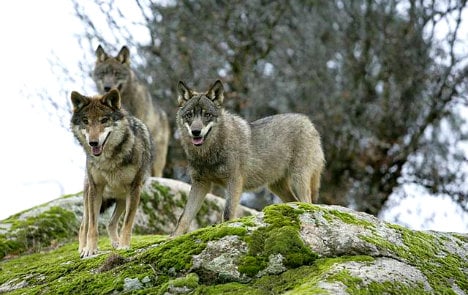 In 2014, conservationists put the Ligurian wolf population at 50, but regional councillors say there are now many more – and they are killing and mauling many farmers' animals.

“In the last year the population has exploded. We think there are now as many as 200 wolves in the region,” Stefano Mai from the Northern League party told La Repubblica.

“Starting to hunt them again is a solution we are looking at.”

According to Mai, the region doesn't have enough money to keep compensating farmers for all the sheep, goats and calves the wolves are taking.

“Instances are multiplying too quickly,” he added.

But proposals to start hunting the wolves again have proved controversial.

“They are not harmful to man and their diet is made up mostly of wild animals, inducing wild boars,” said Marco De Ferrari, the spokesperson for the Five Star Movement in Liguria, highlighting the role they could play in keeping Italy's rampant boar population in check.

The Grey Wolf (Canis Lupus) has been protected by the EU since 1992, having been hunted to near extinction.

Though protected animals, EU members can carry out a cull of wolves provided the measure is justified on very specific grounds and meets conservation criteria – as controversially happened in Sweden earlier this year.

There are now thought to be upwards of 1,200 wolves  across Italy, mostly living in the mountains of the Alps and Apennines.