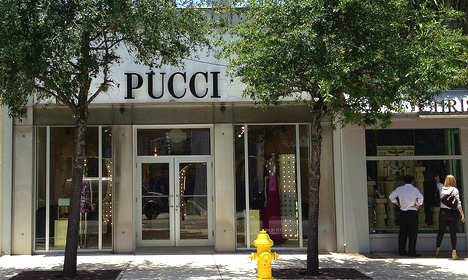 Laudomia Pucci risks being charged with manslaughter after a tree on her estate fell, crushing two Egyptians. Photo: Philip Pessar

Mohammed Fuad and his brother Mahamaoud Fuad were in the front seats of the car when it was crushed by a large pine tree in Rome. Mohammed Fuad's wife, who was sitting in the back, was seriously injured.

The 80-year-old tree, which appeared to be diseased, was on the land of the Pucci family's Rome estate.

Laudomia Pucci, daughter of the Florentine Marquis Emilio Pucci who founded the fashion house, risks being charged with manslaughter for failing to look after the trees on a property the family rarely uses, the reports said.

Il Messaggero daily said neighbours had made a complaint to the council about the trees, which they warned were at risk of falling, but had seen no action taken. The property's caretaker was an elderly widow, it said.