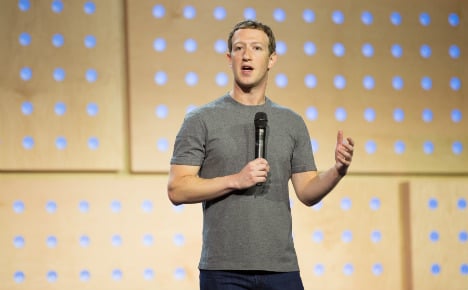 The office will look into whether the configuration of user contracts allowing the company to use user data is a possible abuse of its position as the market leader in its field, the Frankfurter Allgemeine Zeitung reported on Wednesday.

Facebook collects large amounts of personal data on its users which it uses to allow advertisers to target their campaigns.

The investigation will look at “whether the consumer is sufficiently informed about the manner and scope of the data collection.”

“The authority is investigating suspicions that with its specific terms of service on the use of user data, Facebook has abused its possibly dominant position in the market for social networks,” a Bundeskartellamt statement read.

“It is essential to also examine under the aspect of abuse of market power whether the consumers are sufficiently informed about the type and extent of data collected,” Bundeskartellamt head Andreas Mundt said.

The Federation of Consumer Protection Offices has previously warned Facebook over legal breaches in its terms and conditions.

In a statement last January it said Facebook’s claim on the homepage that “Facebook is free and always will be” is misleading.

“Users don't pay for Facebook. But Facebook earns billions every year by exploiting the collective data of its users and selling them in the form of personalized advertising space to companies,” vzbv board member Klaus Müller warned at the time.

This is the second time this year the tech-giant has rubbed up against German authorities for privacy intrusion.

In January the High Court ruled that Facebook’s Friend Finder which sent invitations to join right to people’s inboxes want an engagement in “unwanted and harassing” advertising.