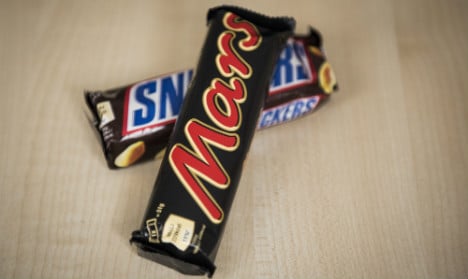 The massive recall was issued across Europe, affecting bars in France, Britain, Belgium, Italy and Spain, after it had already withdrawn products from sale in Germany and the Netherlands.

Celebrations chocolates are also being recalled.

“Mars Chocolate is carrying out a voluntary recall of chocolate products of Mars, Snickers, Milky Way and Celebrations after plastic was found in a product,” the company said in a statement issued in Germany.

“With this recall, we would like to prevent consumers who have purchased one of the above-mentioned products from consuming it,” said Mars.