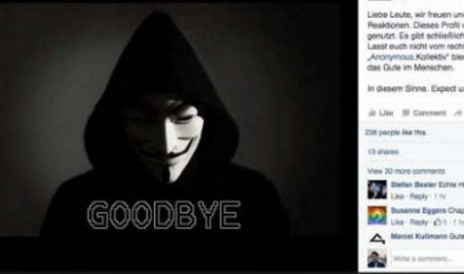 Initially, the Facebook post by 'Micha Gerlach' read “These people are seriously getting everything shoved up their arses these days! When will people finally wake up and realise that everything is going down the drain?”

It referred to the attached picture of a bunch of vouchers apparently issued by the social center of Chemnitz, Saxony. The vouchers were to be used by refugees in exchange for a phone up to the value of 200 Euros. An image from the 'Micha Gerlach' Facebook profile explaining how he fooled others into believing “mobile phone vouchers” for refugees were genuine. The notes show that he used an old letter from the JobCenter and an old envelope as well as a stamp with a recent date from the post office. Photo: DPA

Within 24 hours Facebook users shared the post over 200 hundred times. Many of them commented furiously, saying “Next thing these people will get is a voucher for a free driver's license.”

This was on Friday. On Saturday, 'Gerlach' turned the whole thing around, using the edit function on his Facebook timeline to make a few changes to the post.

Instead of the picture showing the supposed vouchers, it now stated in bold, red lettering: “I'm a dumb Nazi. I spread hate speech online and don't even check the things I share.” “You guys have just had the piss taken out of you,” he added in the comments.

The image replaced the photo of the “coupons” on the timelines of anyone that had shared the initial post.

Especially after the burning down of a refugee shelter in a small town in Saxony over the weekend, 'Micha Gerlach's' actions met with overwhelmingly positive reactions from other social media users.

“Gerlach shows us where the Nazis are” and “Micha Gerlach – great work!” were some of the responses on Twitter.

According to Stern magazine, hacker collective Anonymous planned and carried out the prank.

Before deleting the presumably fake profile, Gerlach called upon other users to “always fight for the good within the people.”