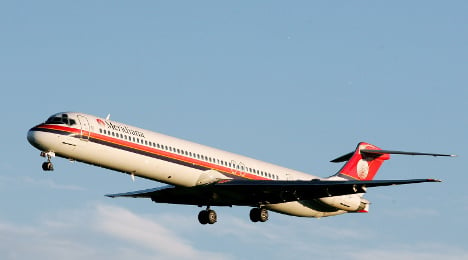 Some 900 jobs could go as a result of a tie-up between Italy's Meridiana and Qatar Airways. Photo: Paco Serinelli/AFP

La Stampa reported that the Sardinia-based carrier has asked unions to agree to the job cuts as part of the partnership deal with the Gulf airline.

It was reported earlier this week that the deal could see Qatar Airways, ranked the best airline in the world in 2015, taking a minority stake of up to 49 percent in Meridiana.

A deal is expected to be reached during the first half of 2016.

Meridiana is owned by Aga Khan, a businessman and Muslim spiritual leader who invested heavily in developing Sardinia’s Costa Smeralda coastline in the 1960s, turning Porto Cervo into a billionaires' paradise.

The job cuts would be another blow for Italy’s travel sector, especially after the Irish low-cost carrier Ryanair said earlier this month that it would axe 600 jobs in Italy as a result of a hike in taxes.

Italy’s unemployment rate also crept up again in December to 11.4 percent after a steady decline over four consecutive months.

Alitalia also laid off thousands of staff in 2014 as a result of its merger with Abu Dhabi’s Etihad.