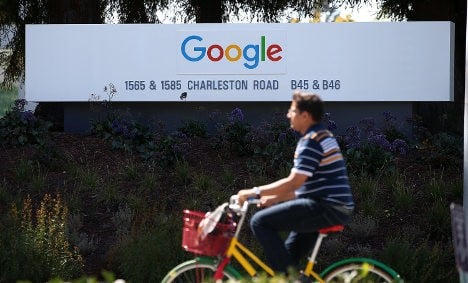 Two of those being investigated had served as president of Google Italy while two others were on the board of the Italian unit and parent company, Google Ireland, Ansa reported, citing sources.

The fifth person was a legal representative on the Irish unit’s board, the news agency said.

The technology giant is accused of failing to declare €100 million in income and pay €200 million in royalty taxes.

Corporate income tax in Italy currently stands at 27.50 percent, putting the total amount due at €227.5 million.

Reports in the Italian media in January suggested there may have already been a deal on the table for the company to pay €150 million to cover unpaid taxes between 2008 and 2013.

It would do so in order to avoid a lengthy battle with Italy's tax man, but would not accept wrongdoing, La Repubblica and other papers said.

“Google complies with the tax laws in every country where we operate. We continue to work with the relevant authorities,” a spokesperson for the company in Milan said at the time.

The claim comes against a backdrop of mounting controversy over the tax arrangements of multinational groups who use cross-border corporate structures to reduce their tax bills, sometimes with the help of potentially illegal “sweetheart” deals.

Google Italia is part of the company's European operation which is headquartered in Ireland, a country with one of the lowest levels of corporation tax in the European Union.