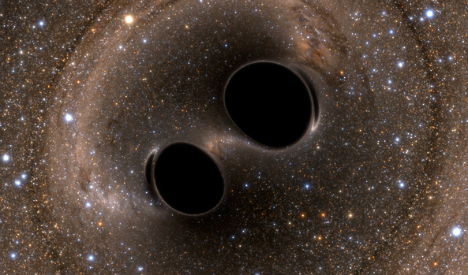 INFN scientists, working at the Virgo project in Cascina, near Pisa in Tuscany, collaborated closely with American counterparts to confirm the presence of gravitational waves first theorized by Albert Einstein 100 years ago.

Speaking to Ansa on Thursday, INFN president Fernando Ferroni said his staff had even received a congratulatory phone call from Matteo Renzi for their part in the discovery.

“It's a result that sets the seal on the theory of general relativity formulated exactly 100 years ago: it is a birthday present for Einstein,” Ferroni said.

“Even with great difficulties around us, we managed to find a way that leads us to discovery,” he added.

At the Ligo observatory in the US, light beams were fired along two four-kilometer long tunnels. Scientists measured the interference of the lazers as the space between them was stretched and squashed by passing gravitational waves.

In order to measure an intergalactic phenomenon over 4km the precision needed was incredible – and involved 1,000 scientists from 14 countries and 90 universities around the globe.

What are gravitational waves?

Waves are produced by disturbances in the fabric of space and time when a massive object moves, like a black hole or a neutron star.

Einstein theorized that they would appear like ripples in a pond that form when a stone is thrown in the water, or like a net that bows under the weight of an object placed within – with the net serving as a metaphor for the bending of space-time.

Why are they important?

The ability to observe these gravitational waves offers astronomers and physicists a new look at the most mysterious workings of the universe, including the fusion of neutron stars and the behaviors of black holes, which are often found in the centers of galaxies.

“These waves are streaming to you all the time and if you could see them, you could see back to the first one trillionth of a second of the Big Bang,” he told AFP.

“There is no other way for humanity to see the origin of the universe.”