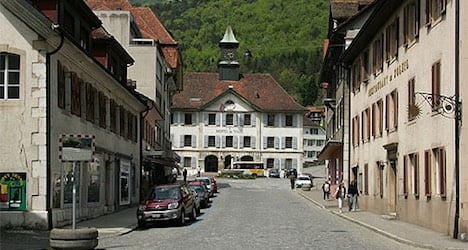 The blaze broke out in the roof of the Hotel Restaurant des Gorges early in the afternoon, with cantonal police notified around 1.30pm.

By the time emergency rescue officials arrived at the scene all the people in the building had been able to escape the fire unaided, police said in a news release.

Fire fighters from Moutier and a nearby municipality brought the fire under control by 3pm and no-one was injured, the release said.

However, the significant damage occurred, making the two-storey building with a pitched roof unfit for habitation, police said.

An estimate of the damage was not provided.

The main street of the town, a gateway to scenic gorges in the Bernese Jura, was closed for several hours while emergency officials tackled the fire.

Cantonal police have launched an investigation into the fire’s cause.