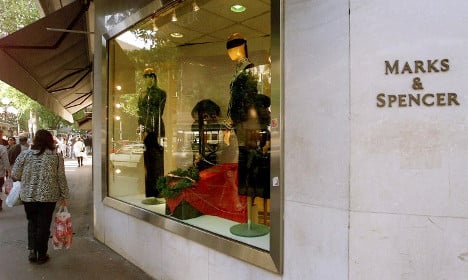 Shops in the Riviera resort towns of Cannes and Nice will now be able to open on Sundays.

The town’s stores will also be able to stay open until midnight after a reform came into force promising to free up opening hours in the country.

Paris is already home to several new “international tourist zones” that allow for Sunday and late night openings, but the changes are slowly being spread out across the country.

As well as Cannes and Nice, shops in Normandy's Deauville will also be able to open on Sundays and until midnight during the week as will stores in Saint-Laurent-du-Var and Cagnes-sur-Mer on the south coast.

The tourist zones were created as part of the 2015 Macron law, named after France’s Economy Minister Emmanuel Macron.

The reform, part of an overall plan to free-up the French economy and boost growth, saw 12 special shopping zones created in Paris.

The reform was motivated by the desire by French authorities to take advantage of Paris being the most visited city in the world and to get the tourists spending more of their euros in the capital's stores. The rough criteria for being able to qualify as an “International Tourist Zone” (ITZ) is having a “global reputation for commercial, cultural or leisure reasons”, “being served by national and international transport links” as well as being able to count on huge numbers of tourist visitors.

The Sunday shopping zones may have gone down well with businesses and shoppers, but not everyone is for them.

The mayor of Paris Anne Hidalgo was vehemently against more Sunday shopping in Paris and has vowed to overturn the reform.

Hidalgo wrote a vitriolic letter to Macron criticizing his “fantasy of turning Paris into a city dedicated to consumerism” and “ignorance of the commercial fabric of Paris that pulls in tourists from around the world.”
In the published letter, she criticized the commercial “tourist zones” and points out they will kill off some of the 15,000 small independent stores that are already open on Sundays.
“They will destroy the ecosystem that is an international emblem of our city,” Hidalgo wrote.
Unions representing store workers have also fought hard against the new rules and certain stores like the Galeries Lafayette and Printemps in Paris remain closed on most Sundays because of an ongoing dispute between unions and bosses.