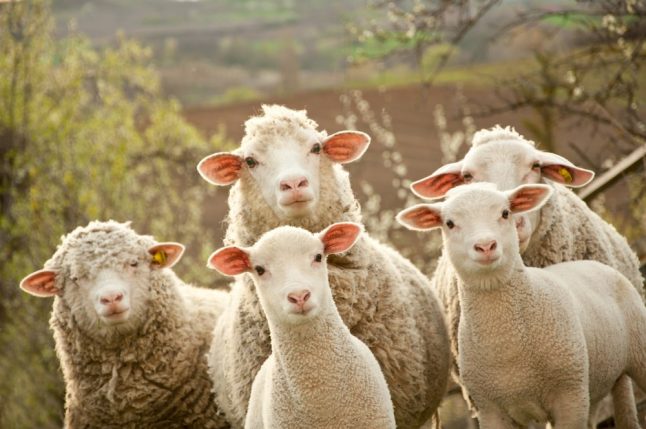 If you’re not sure whether to be proud or insulted when compared to a goose, or you want to know why Italians keep talking about fish when there are none in sight, you need The Local’s guide to animal-themed idioms…

READ ALSO: Ten colourful Italian idioms and the strange meanings behind them Anyone who has spent time dealing with friends after they’ve had a few drinks too many will understand this comparison to the mischievous primates. This expression is used when someone has treated you disrespectfully – being slapped in the face with a fish can’t be a pleasant experience, after all.

In fact, as you might expect in a country surrounded by water, fish regularly crop up in Italian conversation: ‘buttarsi come un pesce’ (‘to throw yourself like a fish’) means to throw yourself enthusiastically into an activity, and ‘un pesce grosso’ (‘a big fish’) is how Italians refer to a ‘big shot’.

READ ALSO: The best and most creative insults in the Italian language If someone tells you you’ve confused Saint Anthony with a pig, it means you’ve made a big mistake – pigs can’t be saints, silly.

As for where the expression originates from, several legends say that the saint worked as a swineherder, so maybe people kept mixing him up with his herd. If someone’s not all that bright, you can call them an “oca giuliva”. If they’re a real merry goose, they might not even realize you’ve just insulted them.

Correre dietro alle farfalle | To run behind the butterflies Running around among a cloud of butterflies might sound like an idyllic scene, but if someone tells you that’s what you’re doing, it’s just a fancy way of saying you’re wasting time or chasing after an unachievable goal.

Salvare capra e cavoli | To save goat and cabbage Have you heard the riddle where a man has to cross a river with a wolf, a goat and a cabbage (there are several alternate versions)? He can only take one item across at a time and can’t leave either the wolf with the goat or the goat with the cabbage if they are to survive the trip.

If you solve it, you save both goat and cabbage, so this phrase refers to resolving a situation without having to compromise any aspect.

Siamo a cavallo | We’re on the horse You’d be forgiven for a moment of confusion if an Italian exclaimed this to you with no horses in sight. An approximate translation would be ‘we’ve nearly made it’ or more idiomatically ‘we’re out of the woods’.

Picture yourself escaping from a tricky situation – now that you’re on the horse, you’ll soon ride to safety.

Sei una cicada o una formica? | Are you a tree cricket or an ant? While your initial response might be ‘um, neither’, it’s a question about your mentality and values. The ant represents hard work and preparation for the future, while the cicada or tree cricket represents lots of activity without much sense of purpose. So, which one are you?

Chi pecora si fa, il lupo se la mangia | Those who act like sheep get eaten by the wolf The moral of this proverb is to stand up for yourself and your opinions, even if they're different from the norm, because if you’re too timid, you won’t get very far. This idiom has an interesting background. In 1936, a Royal Air Force squadron adopted three green rats as its emblem. Mussolini bragged of the ability of Italian pilots, and the squadron took part in numerous bombing raids throughout the Second World War.

After that, ‘I’ll make you see green rats’ became a way to warn someone you were about to crush them with a humiliating defeat.

This article was originally published in 2016.