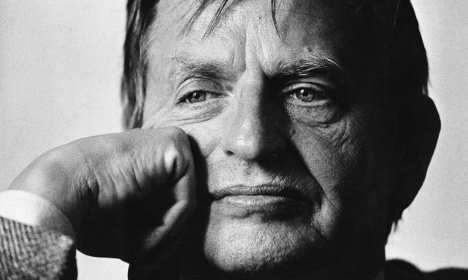 Mitri Raheb, a Lutheran pastor, and controversial Israeli journalist Gideon Levy, who campaigns for his country's withdrawal from Palestinian territories, have been awarded the Olof Palme Prize of 2015.

They both receive the award for offering “a glimmer of hope to a conflict that too long has plagued and continues to plague millions of people and affects world peace”, read organizers' statement.

It comes a month after Israeli Prime Minister Benjamin Netanyahu condemned statements made by Foreign Minister Margot Wallström when she warned of “extrajudicial executions” in the region following a spate of Palestinian knife assaults against Israelis, with some perpetrators shot to death by soldiers.

However, her office quickly released a statement saying that her comments had been taken out of context, adding that “the situation in the Middle East is difficult enough without having to be encumbered by misunderstandings about anybody's intentions”.

But Levy, who was born in Tel Aviv, came out in strong defence of the minister in an interview on Thursday.

“The fact that Israel is attacking Sweden so often is the most unbelievable chutzpah. How dare Israel, how dare an occupier, criticize Sweden for recognizing Palestine?” he told Swedish radio.

“I was sorry that she kind of apologized because there was no reason to apologize. What we see in the last months is Palestinians trying to stab Israelis and are executed without a trial.”

His comments are likely to add further fuel to the flames of Sweden-Israel relations, which have been strained since the Nordic country formally recognized Palestine in 2014.

The Olof Palme Prize is an annual award worth $75,000 granted by the Swedish labour movement. It commemorates the memory of the Social Democratic prime minister, an outspoken international human rights advocate, who was assassinated in the Swedish capital in 1986.

It will be handed out in parliament in Stockholm on January 29th.

Since 1987, the award has been handed out to human rights defenders around the world including former UN Secretary General Kofi Annan and pro-democracy Chinese activist Xu Youyu.