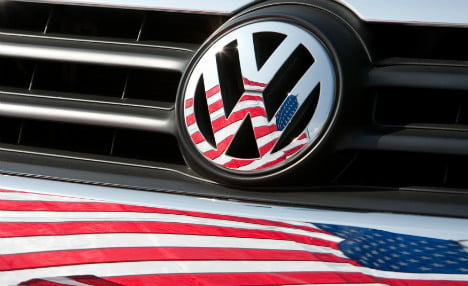 Civil penalties in the lawsuit, filed by the Justice Department on behalf of the Environmental Protection Agency, could run well above $20 billion, according to the suit.

The complaint alleges that the big German automaker intentionally installed electronic “defeat devices” on its diesel VWs, Audis and Porsches that met tough US environmental tests during official reviews, but spewed up to 40 times the legal levels of poisonous pollutants when on the road.

In all the company has now conceded that the emissions cheating technology was employed on some 11 million diesel engines worldwide, in vehicles of the model years 2009 through 2015.

The government also said in a 31-page complaint that its efforts to investigate the issue were “impeded and obstructed by material omissions and misleading information provided by VW.”

The Justice Department did not name a specific overall penalty it was seeking.

Monday's complaint is distinct from a parallel criminal investigation of VW by the Justice Department.

“The United States will pursue all appropriate remedies against Volkswagen to redress the violations of our nation's clean air laws alleged in the complaint.”

Cynthia Giles, assistant administrator for enforcement and compliance assurance at EPA, said the lawsuit would hold Volkswagen accountable and set the case on a “path to resolution.”

“So far, recall discussions with the company have not produced an acceptable way forward,” Giles said. “These discussions will continue in parallel with the federal court action.”

A VW spokesman said the company was still reviewing the suit.

“Volkswagen will continue to work cooperatively with the EPA on developing remedies to bring the TDI (diesel) vehicles into full compliance with regulations as soon as possible,” the company said in a statement.

Volkswagen supervisory board chief Hans Dieter Pötsch and chief executive Matthias Müller said at a December 10 news conference in Germany that an internal investigation is ongoing but that the company believes the scam was the work of a small group of engineers.

Müller told a German magazine last month that VW was shelving its ambition to overtake Toyota as the world's largest automaker.

The scandal led to the ouster of Mueller's predecessor, Martin Winterkorn.