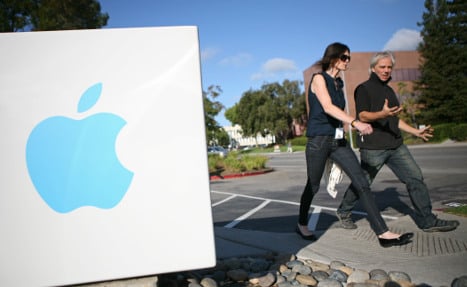 The company's Italian subsidiary has been under investigation for allegedly failing to declare more than €1 billion ($1.3 billion) to the tax authorities, according to  the daily newspaper.

The tax office spokesman confirmed the newspaper's report was accurate but would not divulge further details of the confidential case.

Apple Italia did not respond immediately to a request for comment.

According to La Repubblica, the payment followed months of negotiations and corresponded to the full amount demanded by the Italian authorities in relation to the 2008-13 tax years.

The company was accused of transferring profits made in Italy during that period to a subsidiary based in the Irish city of Cork, in order to benefit from Ireland’s lower corporate tax rate.

Having the profits booked through the Irish unit enabled the company to reduce its taxable income.

The investigation was led by Milan prosecutor Francesco Greco, who uncovered the huge gap between the company’s revenues in Italy of over €1 billion between 2008 and 2013 and the €30 million that was paid in tax.

The investigation found that Apple Italia was listed as a “consultant” for Apple Ireland, which allowed it to transfer the huge profits.

The agreement comes against a backdrop of mounting controversy over the tax arrangements of multinational groups who use cross-border corporate structures to reduce their tax bills.
Apple Italia is part of the company's European operation which is headquartered in Ireland, a country with one of the lowest levels of corporation tax in the European Union.
Earlier this month, Apple chief Tim Cook described accusations that the world's richest company was sidestepping US taxes by stashing cash overseas as “political crap” and insisted: “We pay every tax dollar we owe.”