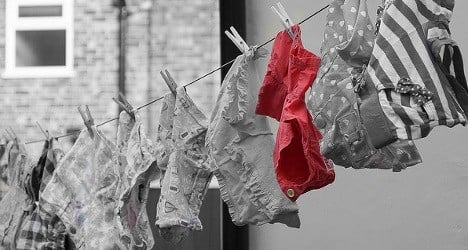 A court in Lucerne found the man guilty of around 100 counts of harassing women and stealing and cutting up their underwear, the Blick newspaper reported online.

It passed a custodial sentence of two years and eight months.

The defendant was cleared of a number of charges, including attempted arson.

According to the prosecution the fetishist began his thieving spree in 1999 and continued until his arrest in 2014.

He is said to have targeted “sporty” women in their 20s and 30s and to have also stolen jewellery and shoes.

The court recognized a plea of diminished responsibility and ordered that the man undergo psychotherapy.

He is due to begin his prison sentence in June 2016.

Until then he is banned from contact with his victims.