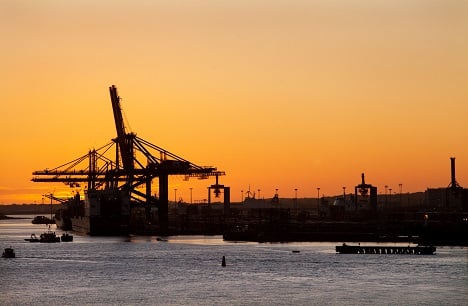 TTIP, the Transatlantic Trade and Investment Partnership, is a hot topic in the EU lately.

In France, controversy over the deal has led to convulsions in the government, and German unions have been among those protesting against the deal on the streets of Berlin.

Meanwhile in Sweden, it’s hot because both labour unions and employers are actively fighting for it.

“Half of all products and services made in Sweden are exported,” Carola Lemne, CEO of the Confederation of Swedish Enterprise, tells The Local. “Free trade is therefore essential to the Swedish economy, growth and jobs.”

Outside of Europe, the United States is Sweden’s largest trading partner, she notes – and unions and industry leaders alike agree that opening the gateway to greater trade will benefit everyone long-term.

“We have a long tradition of constructive dialogue with the trade unions. We want to do what’s best for our respective members but also what’s best for Sweden, growth and jobs,” she says. “And we all agree that continued growth and more jobs is good for everyone.”

“We think that close cooperation and fewer barriers to trade and investment from both sides is good for Swedish workers and for the Swedish economy,” she explains. “Sweden is a small export-dependent country, and we would suffer from more protectionism.”

The proposed free trade agreement is intended to make trade between the United States and the EU much easier, reducing regulatory barriers, easing mutual recognition of safety standards, and ultimately promoting economic growth on both sides of the Atlantic, supporters argue.

Those supporters include the majority of Swedes. Research shows that for the Scandinavian nation, TTIP is basically a no-brainer. Sweden’s pro-free trade mentality has deep roots.

“In a recent survey conducted by Swedish Enterprise, 64 percent of the Swedish population supported TTIP and only 13 percent were against it,” Lemne says.

“Ever since Sweden liberalized its business laws and adopted free trade policies about 150 years ago, Swedes have been pro free trade. A majority of the population understand that it’s thanks to trade that we are such a prosperous country today.”

Lindberg Elmgren adds that the debate has been blown out of proportion in many other countries.

“The media debate in some countries has become very polarized,” she says. “The effect of TTIP is sometimes exaggerated. TTIP is neither heaven nor hell.”

Some claim that the agreement will lead to millions of jobs created, while others say that it will undermine democracy, workers’ rights, or environmental regulations.

Elmgren says the effect will be more subtle than that – but critical nonetheless.

“It’s hard to see a direct impact on Swedish workers on a day-to-day basis,” she says.

“But long-term for workers employed by Swedish companies with exports in the US, TTIP will create better conditions for the company to sell things, and by doing that they will create room for company development and a good basis for wage negotiations.”

In recent months hundreds of thousands of Germans have gathered to protest TTIP – but Elmgren says that the Swedish and German positions are closer than many people realize.

“German trade unions share our fundamental position – they want a sustainable TTIP,” she explains. “But TTIP has become a scapegoat in some countries, a scapegoat for broader criticism against the EU, national governments, and multinational enterprises.”

As Jennifer Gavito, US Consul General in Munich, told The Local earlier this year, Germany has much to win with TTIP.

“Support within Germany is lower than anywhere else in Europe, which is surprising because the Mittelstand (middle class) have more to gain than anyone else,” she said. “It’s based on emotions rather than facts.”

Carola Lemne points out that while some businesses might face increased competition in the short-term with new free trade agreements, everyone benefits long-term.

“When competition is fair, Swedish companies often do well in export markets,” she says. “With TTIP our exports would increase and our economy would get a much needed vitamin injection.”

Swedish exports to the US amounts to 76 billion Swedish krona every year, Lemne says – and that number could be much greater, not just for Sweden, but for Germany, France, and all of the EU.

“Europe and the US are the world’s leading democratic regions and we have a lot in common,” she says.

“We have the world’s largest trade flow between us and both have a lot to gain from further strengthening this, to promote growth, jobs, high standards and mutual security.”

This article was produced by The Local in partnership with Svenskt Näringsliv, The Confederation of Swedish Enterprise.