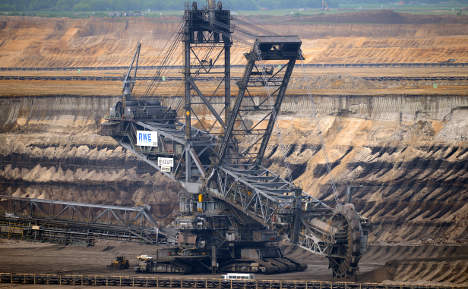 In what the pressure group Germanwatch called a first in Europe, RWE will face legal action by the plaintiff Saul Luciano Lliuya before the regional court in the western German city of Essen, where RWE is based.

The lawsuit argues that RWE “is partly responsible for glacial melting in the Andes and thus also for the danger to his house which lies at the foot of the mountains,” Germanwatch, which is advising Lliuya, said in a statement.

It said Lliuya, who is also a mountain guide, was seeking an unspecified “financial contribution” from RWE to “safety measures at the lake above the city, which has grown immensely as a result of glacial melting”.

Germanwatch said he was seeking “payment… proportional to the company's contribution to climate change”.

Contacted by AFP, RWE did not issue a detailed response, saying only that it had learned of the legal action through the media.

“Every day I see the glaciers melting and the lakes in the mountains growing,” it quoted Lliuya as saying.

“For us in the valley the threat is extreme. We can't just wait and see what will happen,” he added, calling on “international companies which change the climate by emitting greenhouse gases” to assume “responsibility”.

His lawyer Roda Verheyen described RWE as the “top single-greatest CO2-emitter in Europe” and said it was responsible for 0.5 percent of the total emissions “since the beginning of industrialisation”.

Verheyen said that large pieces of melting ice could break off the glaciers and crash into Peru's Pallqaqucha lake, risking massive flooding. As a result, he said, a new drainage system and reinforcement of the lake's dams were needed.

The case comes just days before the UN climate summit in Paris starting Monday with the aim of negotiating a universal pact to cap global warming.

RWE, Germany's second biggest energy company and biggest electricity producer, this month said it saw profits from its core coal and gas business plummet again in the first nine months of the year.

Like other German power giants, RWE has been hit by rock-bottom wholesale prices as it competes against subsidised renewables like wind and solar power.