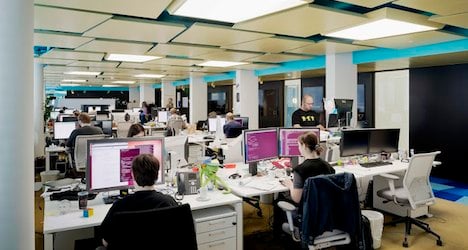 “The key attribute among all the countries that rank highly in our standings is agility, as shown in their capacity to shape policies that preserve their talent pipeline,” Bris said in a statement.

The study shows the Swiss are gaining a reputation beyond the commercial success of its watches, cheese and chocolate.

Switzerland has proved to be more agile than the others, with data showing it has been the most talent-competitive country in the world for nine out of the last ten years, IMD said.

The report is based on 20 years of competitiveness-related data going back 20 years, as well as an in-depth survey of more than 4,000 executives in the 61 countries covered by the survey.

“Switzerland has shown itself to be a leading performer right across our range of factors,” Bris said.

“The fact is that it has consistently achieved a positive balance between encouraging local talent and tapping into top talent from other countries.”

For more information about the study, check here.